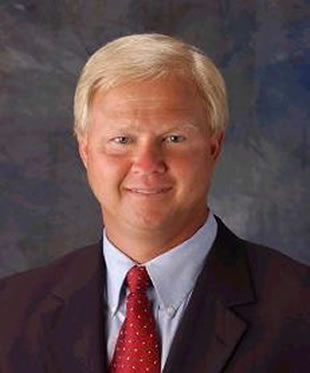 Attorney Jack Kaleita, an Orlando native, is a graduate of both the University of Central Florida and Stetson University College of Law. After completing law school in 1986 and being admitted to the Bar, he began his legal career as a state prosecutor on Florida's west coast. He then returned to Central Florida after 5 years, serving until 2004 as an Assistant State Attorney in Seminole County.

For almost 18 years, during his tenure as a prosecutor, Mr. Kaleita tried numerous cases involving virtually every type of criminal charge. In addition to taking dozens of criminal cases to trial himself, he taught and supervised other attorneys, first as a Lead Trial Attorney, and later as the Misdemeanor/Traffic Division Chief and as the Chief of a Felony Trial Division. Additionally, while appointed Chief of the Special Prosecution Division, he handled and oversaw the prosecution of numerous high level drug cases against individuals and organizations involved in Manufacturing, Conspiracy and Trafficking, as well as the investigation and prosecution of cases involving Racketeering (RICO), Vice, Organized Crime, and Public Corruption.

Since entering private practice 16 years ago, Mr. Kaleita has offered his experience to private citizens charged with crimes in the State of Florida, whether state or federal, and has represented thousands of clients facing virtually every type of criminal charge. He has handled multiple high profile cases in the Central Florida area and is a member in good standing of the Florida Bar, the Florida Association of Criminal Defense Lawyers, the Central Florida Association of Criminal Defense Lawyers, and is licensed to practice in the State Courts of Florida, as well as the Federal Court for the Middle District of Florida and the Eleventh Circuit Court of Appeals.

Since beginning of the practice of law, Mr. Kaleita has personally handled thousands of serious felony cases including drug possession, drug sale, and drug trafficking offenses, arson, sex crimes, domestic violence, child abuse, and murder. He has been lead trial counsel in dozens of cases ranging from criminal traffic offenses to First Degree Murder and today brings over 33 years of criminal law experience to the defense table in service to his clients. Whether a criminal defense attorney is needed to represent an individual on charges involving felonies, misdemeanors, sex crimes, violations of probation, traffic offenses, juvenile delinquency, for an expungement or for an appeal, you can count on our office to take your case to court with confidence.

Active in the Central Florida community, Jack Kaleita serves on the Board of Directors, and acts as Scholarship Chairman, for a local Kiwanis Club and has twice been selected as "Kiwanian of the Year." He attends and volunteers at his church and has previously served on the Board of Directors and as Vice President of that congregation. He has served as a "Dividends" volunteer teacher for the Seminole County Public Schools, and has participated in the Seminole job shadow program. Mr. Kaleita has served as an AMTA Regional Tournament intercollegiate trial team competition judge for a number of years.

Through the years, Mr. Kaleita has also given lectures and provided training on various aspects of criminal law and procedure - including investigation of drug offenses, search and seizure, search warrants/affidavits, and trial preparation - to police officers in training programs held at various local police agencies, and at Valencia Community College and Seminole State Community Colleges.

If you are facing or may be facing criminal charges anywhere within the metropolitan Orlando area or in any other place in Central Florida, let criminal defense attorney Jack Kaleita's experience and knowledge work for you. You can reach Jack Kaleita by phone at (407) 831-7800 and at (866) 422-7934, or by email at info@jackklaw.com. Initial office consultations are free of charge and the information you provide will be kept confidential.